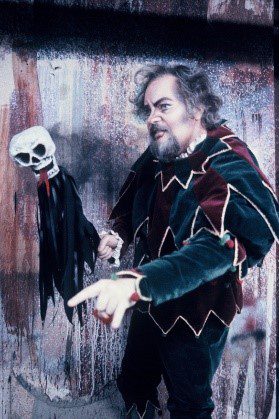 My favorite opera is Rigoletto. It is the story of a hunchbacked jester named Rigoletto who is employed by the lustful and selfish Duke of Mantua. The Duke is regularly seducing young maidens around the city. Unbeknownst to the Duke, Rigoletto has a beautiful daughter he has hidden from the Duke for fear of her being sexually mistreated. One night, the Duke discovers the girl when walking around the city and abducts her. Once at the mansion, he seduces the innocent young maiden and has his way with her. Rigoletto is horrified to find his daughter the next day defiled in the Duke’s bed-chamber. Filled with rage, he vows to kill the Duke. The jester is warned not to allow his wrath to take control or else it could lead to a tragic outcome. But, Rigoletto is too blinded by anger to heed the advice. He hires a prostitute to lure the Duke into an inn where she is to drug him and place his body in a bag outside the door. Rigoletto will then stab the Duke with his own hand. Little did he know that his daughter found out about the plan. In her naivete, she believes the Duke loves her. In an effort to save the Duke’s life, she switches places with him in the inn. Following the plan, her body is placed outside the door in a bag. Rigoletto then viciously stabs the bag while laughing, rejoicing that his vengeance had finally been achieved. Only when he opens the bag to look upon the body of his victim does he see the mangled body of his beloved daughter lying lifeless upon the ground. In a way that can only be done by art, this opera captures a valuable lesson about the danger of wrath. Thomas Aquinas defines wrath as an uncontrolled and irrational anger. Anger in and of itself is not an evil. As a matter of fact, anger is sometimes justified especially in situations when we see a lack of justice or cruelty. Anger becomes wrath, however, when it begins to control us and make us do dangerous things like unnecessary violence or harm. Wrath can also affect the mind. There are people who have such uncontrollable anger that it leads to fantasies. They will spend hours imagining how to hurt those who wronged them. Thus, mental and spiritual energies that could be used to genuinely remedy an unjust scenario are wasted on vengeful thoughts and feelings of resentment. Wrath can be deadly both physically and spiritually. It is like a drug, influencing good decision-making and often leading to horrific actions. We will naturally feel anger in a world that is broken by sin. But, we must never allow it to control us or dictate our actions. We cannot let wrath conquer justice or vengeance suffocate forgiveness. When all is said and done, Christ is Lord and His love will always have the last word.