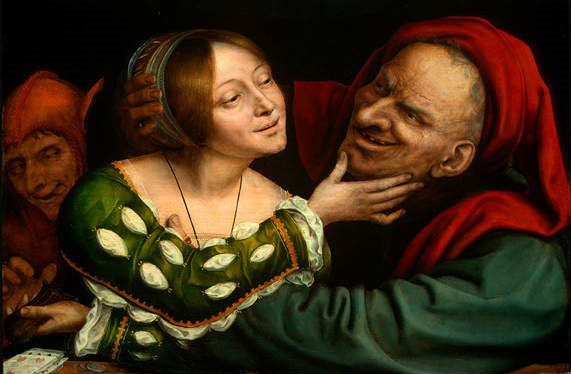 It was the ancient Greek philosopher Plato who asserted “Corruptio optima pessima est.” “Corruption of the best is the worst.” There are few things more discouraging or repulsive then to witness the perversion of beauty. To see what was once magnificent be abased; what was once sublime become profane. That is very much what has happened to sexuality. Ideally, our sexuality is a precious gift created by God for the sake of union and procreation. Yet, recent years have seen this treasure reduced to a mere tool utilized for egotistical pleasure. Nowhere is this more present than the pornography industry. Multi-million dollar corporations are built upon the exploited bodies of men and women, many of whom turn to drugs, alcohol and suicide to cope with their shame.  Last year alone, the pornography industry generated $12 billion of revenue. That is a higher income than ABC, NBC and CBS combined. Add to that the tragedy of strip clubs, prostitution, sex slavery, human trafficking, adultery and graphic sexual content in TV shows. Our society is plagued by lust, a ravenous and undisciplined desire for sexual pleasure. St. Thomas Aquinas defines lust as the abandonment of reason for a disordered pleasure of the flesh. Notice how Aquinas does not denounce sexuality, but rather denotes a “disordered” desire for the flesh. Sex is not dirty or wrong. It is sacred. And like all sacred things, it deserves a special respect and is intended for a consecrated purpose, namely, the marital union of spouses and the creation of life. Some people think that the Catholic Church is anti-sex. Nothing could be further from the truth. The Church upholds the dignity of sexuality and admires it as a gift from God. In reality, atheistic and secular culture is much more derogatory towards sexuality. Society applauds “free love” which is code for uncontrolled and immature sexual impulse. “Judge a work by its fruits” (Matt. 7:16). The “free love” movement has led to the highest divorce rate in world history and increased sexual abuse. We claim to be freer than our predecessors, but in fact, we are slaves. Without religion and stable moral values, we are a civilization bound to our superficial concerns and anxieties. This is why 1 in every 7 millennials claims to suffer from some form of depression. Not coincidently, over 60% of millennials view pornography several times a week and over 26% of Gen Z admitted to doing the same. That means that nearly 90% of people in our country 35 years or younger few pornography regularly. Unfortunately, these young people are being allowed to replace real-life encounter and intimacy with virtual stimulation. Thanks to our society’s abandonment of chastity, the majority of our youth see sex as an artificial object, disembodied from a real person. They long for intimacy, but are not being formed to properly foster it nor how to love with a pure heart. This is ultimately unsustainable. A civilization cannot exist when it is based on egotism and contraception. The spiritual, moral, political and economic fall-out from this kind of thinking is inevitable. Reclaiming sexual purity and respect for our bodies is of the utmost importance for the future of our society. Parents in particular, need to have honest conversations with their sons and daughters about sexuality as well as closely monitor the content their children are viewing on social media, video games and television. Most likely, they have come across something dangerous and need to talk about it.