The Blessed Virgin Mary- Part I 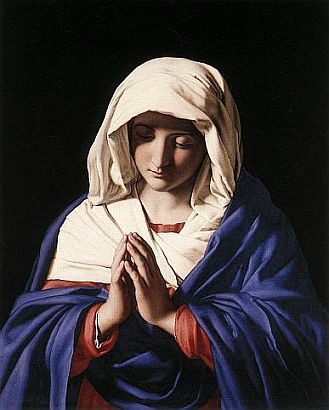 Out of all of the criticisms brought against the Catholic Church by certain Protestant denominations, I find the denunciation of Marian devotion to be the most unfounded. The topic is discussed as if we as Catholics must defend our holding fast to the 2000 year practice of loving Jesus’ mother when in reality it should be the other way around. Catholics do not have to defend our love of Mary, rather, those denominations who have rejected this love must explain why they no longer uphold an original precept of the Christian religion. The reality is that this hyper-critical attitude towards Mary is a very recent development. Not even the original Protestants were anti-Marian. King Henry VIII had a strong devotion to the Blessed Mother even as he founded the Church of England. Ulrich Zwingli, John Calvin and Thomas Cranmer, each of whom is a major founder of different Protestant denominations, vehemently maintained Mary’s role in salvation history. Yet, among the Protestant founders, none was more passionate about their love for the Blessed Virgin Mary than Martin Luther who wrote several works promoting devotion to the Mother of God, most astonishing of which was a work in which he defends the Immaculate Conception of Mary, a Catholic doctrine that would not be officially recognized until three-hundred years after his death! It is for this reason that I often say jestingly that the first task of Catholics is not to convert Protestants to Catholicism but rather to convert Protestants to Protestantism. But, all joking aside, I mention these things merely to tear the mask off of the accusation that Marian devotion is something foreign to Christianity. There is no traditional or scriptural basis to support such a claim. On the contrary, the tradition and scripture of the Church makes plain the undisputable importance of the Blessed Mother and her role in salvation history. The question, therefore, is not “Should we honor the Blessed Virgin Mary?” but rather, “Why and how should we honor the Blessed Virgin Mary?” For the next several weeks, our reflections will seek to answer this question. My hope is that as we dive more deeply into the faith of this woman, we will come to a resolute appreciation of her role in the life of the Church and the invaluable vocation she possesses as the first and most perfect Christian.