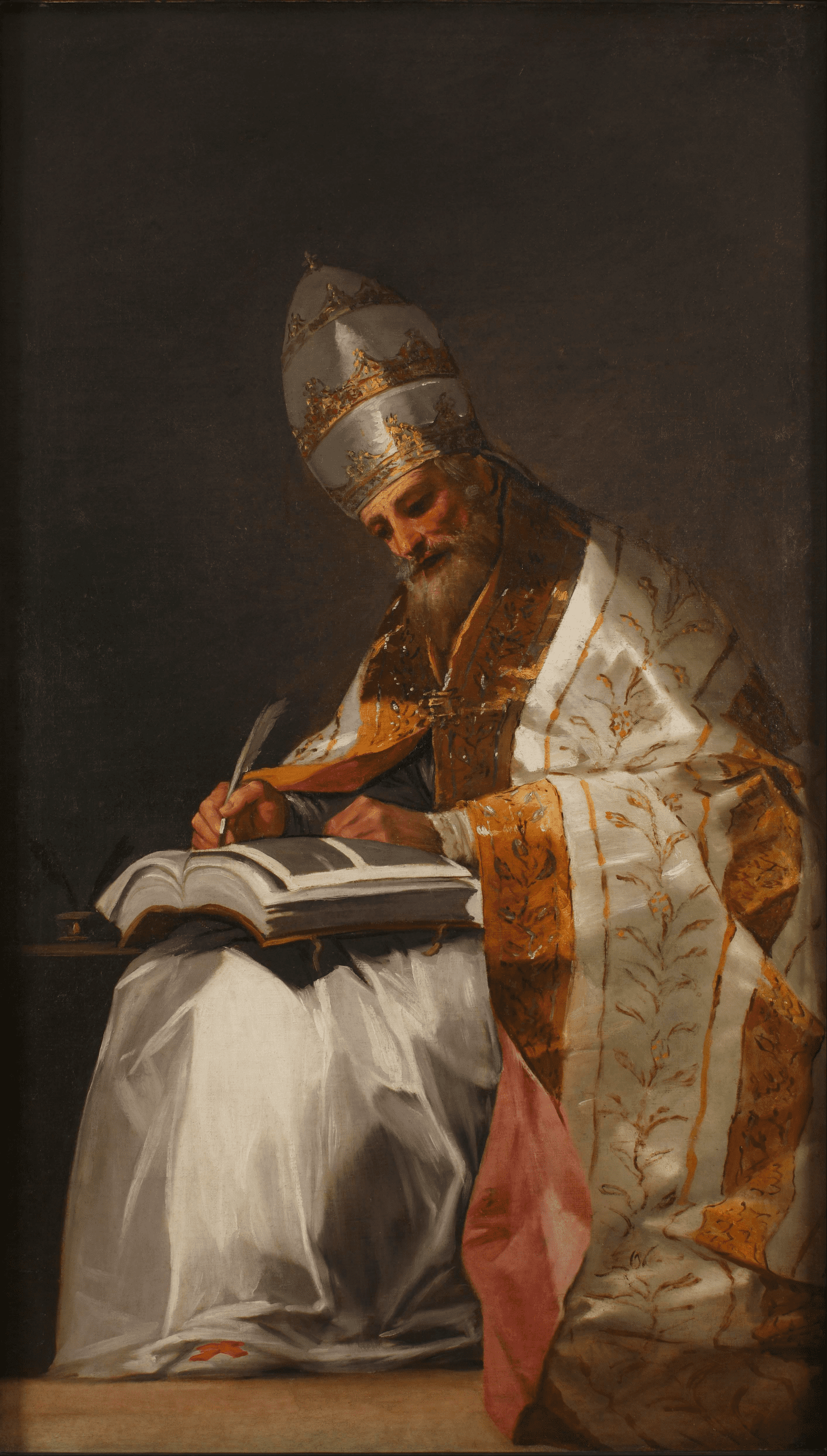 Although the popes preceding him were quite intellectual and accomplished in their activity (particularly St. Clement I and St. Leo the Great), the man we are about to discuss certainly stands out as one who left his mark on Western Civilization. Born as a Roman citizen in 540 AD, his parents named him Gregory a Greek name meaning “watchful”. This would prove prophetic. For Gregory would become a watchdog of the Church and a great defender of the truth in Europe. He was raised in an influential family belonging to the Patrician class of Rome. His father was well-respected in both secular and religious circles being appointed the Prefect of Rome. Gregory admired his father deeply and learned from him a staunch respect for the Church and her mission. The young boy received an outstanding education becoming especially adept in the realm of politics, law, science, music and literature. As such, Gregory had a limitless option of professions. Between his family’s affluence and his own academic gifts, no occupation was out of the young Roman’s reach. By the age of thirty-three, he had become a Prefect of Rome, following his father’s footsteps. Gregory had the world at his finger-tips, yet something was missing. For some time had heard the Lord calling him to the religious life. Thus, after his father’s death, Gregory abandoned his political career turning his family’s mansion into a monastery for monks where he himself lived for several years. He dedicated himself to prayer and study. But this did not last for long. Gregory’s talents for law were soon needed in the outside world. He was summoned by Pope Pelagius II to become the ambassador to Constantinople where he worked to ease political tensions between the Western and Eastern Empires. It was during this endeavor that Gregory began to create a name for himself. The whole Empire was now aware of his gifts. They were impressed that someone so skilled could also be humble and pious. As a result, Gregory was elected Pope in 590 AD at the age of fifty. He immediately began working on reorganizing the Church. At this time in history, the region of Gaul (France) was in upheaval and the British Isles had yet to be properly evangelized. Pope Gregory reigned in the French Church through legal restructurings while simultaneously creating a missionary campaign for the Anglo-Saxon tribes of Britain. It is thanks to these endeavors that the country of Britain is Christian today. Gregory also had a special love for the liturgy and music. The most significant outcome his reform in these areas was the development of “Gregorian” chants which remain the preferred music of the Roman Catholic Church.