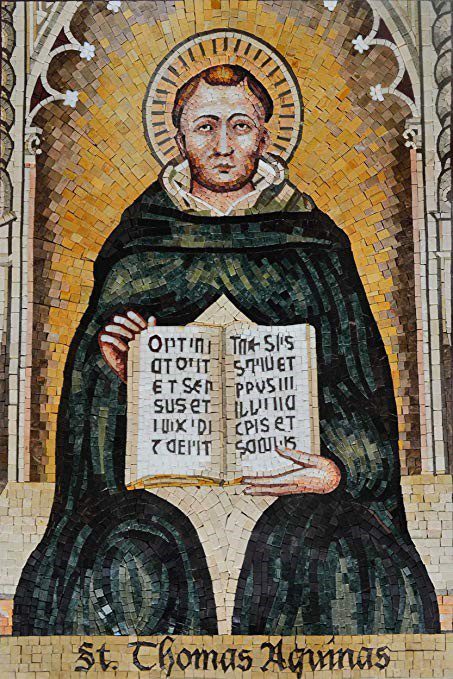 When we think of great thinkers in Western Civilization, many names come to mind: Augustine, Benedict, Albert, Da Vinci, Galileo, etc…But above them all sits one intellect of such prowess and genius that he is in a category of his own; St. Thomas Aquinas. This friar’s life was nothing short of prolific. Before his death, the Dominican priest would produce some 130,000 pages of manuscripts commentating on a plethora of topics from philosophy and theology to criminal justice and natural sciences. The most popular work of this saint is called the Summa Theologicae, a religion textbook written for his students at the University of Paris. Although I most certainly recognize the Summa Theologicae as vital to our tradition, I would not suggest it is the best example of Aquinas’ work. That title is reserved for another volume entitled the Summa Contra Gentiles or the “Book on the truth of the Catholic faith against the errors of the unbelievers.” This is a collection of essays written by Aquinas between the years 1259 and 1265. It seeks to provide a defense of the Catholic faith by explaining various aspects of the Church’s teachings and their reasoning. The work is categorized into four books. Book I deals with truth, human reason, the monotheistic God, the existence of God and the characteristics of God. Book II focuses on creation and how the physical world exists. Book III is deeply anthropological discussing Divine Providence and the human condition, good and evil acts, human fate and intellect and the relation of created beings to the Creator. This book lucidly summarizes the distinctiveness of Christian cosmology, meaning how Christians understand the world. Finally, the uniqueness of Christianity is the topic of Book IV. Here, Aquinas distinguishes Catholicism from other monotheistic religions by focusing on the central mysteries of Catholic faith, namely, the Trinity, the Incarnation, the Catholic Church and the Sacraments. The book is readable and packed with insight into Christianity. Books III and IV are particularly enlightening helping us to see our place in the universe and the purpose behind human existence. What is especially enriching about Aquinas’ Summa Contra Gentiles is that it exposes the reader to the deeper rationale and intelligibility of our Catholic faith. As Catholics, we do not simply believe “just because”…our faith is not blind. Rather, our faith is one rooted in reason, a knowledge that flows from a profound reflection on the world and how God has encountered it in the Person of Jesus Christ. This is needs to be made known in modern society. Too often, the Church is treated like a stale unintelligent institution. Aquinas’ work proves that we are in fact the most intelligent institution in world history.