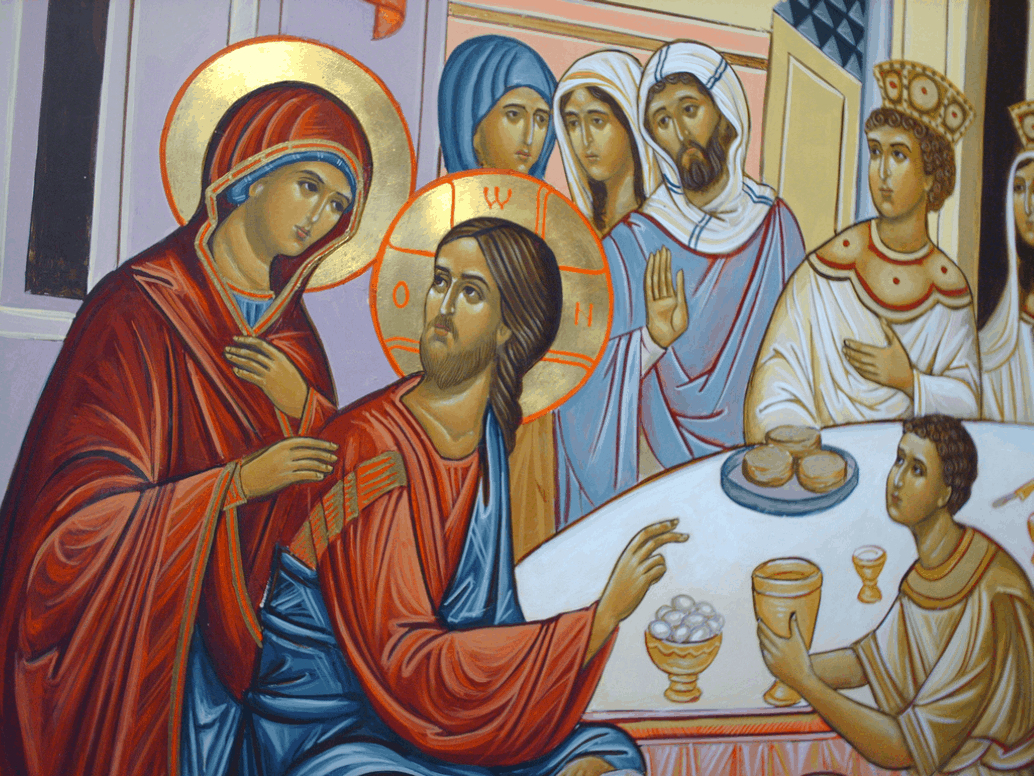 “Do Whatever He Tells You”

“Do whatever He tells you” (Jn. 2:5). These words spoken by our Blessed Mother at the Wedding Feast in Cana encapsulate the entire vocation of Mary. Every word and action of her life points towards her Son. Her heart is so entirely Christian (from the Greek word christianoi meaning “belonging to Christ”) that it can only lead us to Jesus. That being said, this interaction between Our Lady and Jesus depicted in the Gospel of John is rich in spiritual content. We have to remember that John’s Gospel is the oldest of the four Gospels being composed sometime around the year 90 AD. The Gospel of John, therefore,  represents a highly mature theological    reflection on the Person of Jesus Christ and His mission. It is for this reason that we find certain events and analogies from the life of Jesus only in John’s writings.  The apostle is not making up additional stories about Jesus, but rather, his community highlights particular aspects of the Lord’s ministry which more eminently capture the essence of Christ’s person and His identity as the “Word made flesh who dwelt among us” (Jn. 1:14). Thus, John’s Gospel represents the deeply mystical reflections of a matured Christian community on the mystery of the Incarnation. Included in this advanced paradigm are two interactions between Jesus and His Mother: The    Wedding Feast at Cana (Jn. 2:1-12) and the conversation on Golgotha (Jn. 19:26-27). We will reflect on the latter event in our final article, but the reader will recognize very quickly that these two interactions, one ushering in the ministry of Christ and the other consummating that same ministry, are intricately intertwined. Jesus’ first miracle is performed at a wedding. This is no small   detail. By drawing our attention to this important fact, John gives us the lens by which to interpret the entirety of Jesus’ mission. As we have mentioned before, Christ is the New Adam who has come to be-wed His people Israel. Yet, the New Adam needs a New Eve: this is the infrastructure of creation and salvation. By assuming the gender of a male in His becoming flesh, God places Himself in a posture which necessarily demands the    co-operation of another. Not just any other, but that other who is the man’s “helpmate” namely, Eve (Gen. 2:18). It is for this reason that Mary is present at this crucial moment in Christ’s life. Furthermore, her presence is not coincidental or accidental. Rather, she plays a  vital role in the prompting of Jesus’ miraculous action. Where the first Eve failed to call Adam to greatness, the New Eve succeeds by drawing out of New Adam a manifestation of His glory. This is the constant task of Our Lady: to be that guiding principle who opens the eyes of humanity to the glory of her Son.